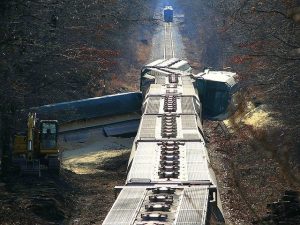 It turned out to be the best meeting we ever had! This member, who I’ll call “Joe,” was usually an upbeat, confident person, but he was clearly upset about something when he arrived. He said, “I know we’ve got a set agenda for today’s meeting, but I really need your help on a couple issues. If it’s ok with the group, I’d like to throw them on the table.”

The meeting was one of the Business Owners’ Roundtables I facilitate twice a month. Each of the six to eight members is either the owner or most senior executive of their company. Our agendas are typically topic-based around business issues, with a lot of interaction and input among members. Without hesitating, the others agreed to listen and see how they could assist.

Joe had recently begun work on his largest project ever for a client and was nursing it along because it was so complex with a lot of mission-critical elements. He wanted to really impress the client, and he knew the project’s size was going to stretch him and his company. The group had heard about it already and had been encouraging him along the way.

Another development, however, had just thrown a big wrench into Joe’s life and his ability to handle everything going on. His wife had just announced that she was leaving him and the children. The group knew nothing about Joe’s personal life so this was a surprise to everyone.

With two major issues now consuming Joe’s focus – and threatening to overwhelm him, the group became the place for him to vent his feelings and concerns about his family, and his fears and hopes about the new project. In short order, he had to figure out how to be a single dad to two teen age children and balance those demands with his business when it was at a critical inflection point.

These issues don’t have “quick-fix solutions,” but they do benefit from good, strong counsel and a place to get a variety of input. That’s what the group provided. We walked with him through the issues and made addressing his needs the dominant topic in that meeting. He left that day with a little more bounce in his step. Over the following months, we kept tabs on his progress and offered more suggestions to help him on his difficult, but ultimately successful journey.

Why did everyone agree this was our best meeting ever as a group? Because everyone really put into practice a “We live business and we live life together” mindset and felt energized and enriched by it. They had gotten comfortable enough with each other to allow that to happen. Joe also realized the group was a safe place where he could trust the others with his deep, personal concerns and issues, not just with business details.

If you don’t have a group or a friend like this that will let you walk in and throw a personal bomb on the table, then I encourage you to GO GET ONE. If you don’t know where to start, visit one of my Business Owners’ Round Table groups at New Paradigm Advisors. We’re here to help you “live your business and live your life” with others who’ve been there and done that.