We all learn something from all of our collective experiences. Each new story adds to our own story. And, quite honestly, the stories of our clients become our stories, too.

My case in point is my friend, Dave Sykes.

Dave and I have been friends and taken turns being client-supplier to one another for most of the past 10 years. We met at a chamber of commerce meeting a number of years back and we’ve been friends—and business associates—ever since.

Dave’s most recent business incarnation is New Paradigm Advisors. It is a business consulting firm specializing in helping clients (business owners) find freedom in running their business, determine the value of that business and then crafting a future for their business—and them. 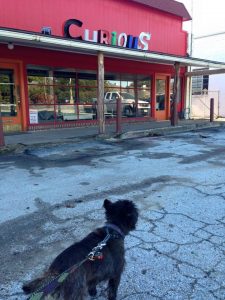 What I find interesting in my business of supporting businesses like New Paradigm Advisors is how much the arc of my business fits with what they are providing. In the case of NPA, two things have happened:
1. My business grows and shapes itself to fit their needs as they grow and change.
2. I find that, if I stand in the right place, I could be their client as well.

That last point became really evident to me as, in the interest of getting to know my client, I took his Value Builder’s Assessment. Here I thought I was doing my homework and, lo and behold, I was assessing my company and its direction. Sly, those NPA guys!

Seriously, the VB assessment allowed me to take a snapshot of my business and start a dialogue around my company’s past, present and future.

I was looking inward instead of outward.

In a Unique Position

I admit I am in a special and somewhat unique position in that I have a supplier-client relationship with these guys. However, that really should be how all of us interact with our clients –and suppliers—on a regular basis.

The bottom line is that if you are looking for a business consultancy to help you be free of “the chains” of your company, understand and set its value and then plot and plan an appropriate future, New Paradigm Advisors gets my vote–I’ve seen them in action.  It should get yours, too.

We changed website hosts recently which meant we were also changing our email server and seemingly a host of other things. If you’ve ever done this, you would agree that I could end this post right now, without ever saying another thing and you’d get the point. But bare with me . . . 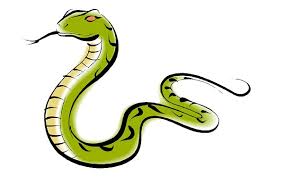 It seems that everytime I touched something it bounced something that Paul was doing. And then vice versa. So, again, simple enough to fix this. We engaged an expert to jump in and bail the project out and get it done. A week later the website was still not transferred!

While this was extremely frustrating, I joked with Paul, that this was just one of those snake bit projects that we experience every now and then so we just needed to gut it up, press in, and get it done. His reply was, “snake bit?”

If you’ve been in business for any length of time, you’ve had more than one of these types of projects. I call them “snake bit” because it’s like you’re in a pit full of snakes and you’re just trying to get from one side to the other – where the ladder is. Every step you take, you step on a snake and get bit. Doesn’t matter which way you turn, or how careful you step, you’re going to get bit. So what’s the solution?

Solution One: Run in place, stomping around angry, screaming at all the snakes. No, that just makes the snakes madder and more of them are going to bite you.

Solution Two: Stand still and hope they will all move away and clear a path for you. Uhh, has inactivity or delaying ever worked for you to get a project to completion?

Solution Three: Admit you’ve been bit, gonna be bit again, take a deep breath and move to the other side. Still going to be painful, but you will get through it and get the project done. The real answer here is to “suck it up!” Focus your time, effort, money, staff, everything on getting done with this project. Don’t cancel it, don’t delay it, get it done and over with. Tell everyone that’s the plan. Don’t let anyone off the hook – and that means don’t let anyone on the team delay it or “run in place creating more mad snakes.” Get it done and get over it.

My point with all this, is we all have these snake bit projects. The only way to get through them is to re-focus on it with a redoubled determination. There will be some hard things to do. Maybe admit to a customer that you’ve failed him or her in some way – but you’re going to fix it. Maybe it’s going to cost you more money than you budgeted. But it’s going to cost you way more if you keep dragging it out. The emotional cost is going to be heavy, too, if you drag it out.

So, snakes or not, when you’re in the pit, renew your and your team’s focus and resources and get to the other side. There’s safety over there. And the lessons learned will be things all of your team will remember and apply in the future.

It all starts with a question… Where do you want to be?

Find Us on Social Media

With many years’ experience as business owners and advisors, we are happy to connect with you via LinkedIn.  Send us an inquiry.