“If we decide to do this, what are we choosing not to do?” 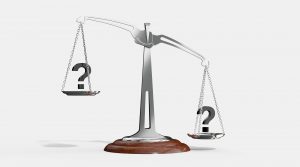 I asked this in a meeting once and was surprised with a very strong push back. The conversation that followed was pretty tense because at first glance it was perceived that I had a project that I thought was more important. Once it was determined, though, that I had no such agenda, that I was simply challenging the strategy of adding one more new project to an already full plate, the conversation became much more productive. However, we had to first explore the accuracy of such a premise.

The person at the head of the table was the primary challenger. He, for some reason, took offense to my statement that saying yes to one thing meant saying no to something else. His impression was that I was rejecting his next new idea when in fact I wanted to make sure we all, including him, understood what we were committing to. How about you? What is your reaction to this statement? Why do you think I call it the ultimate strategy question?

This question is more complex than it sounds, which accounts for its potential. To begin with, what you’re really asking people is to be clear and committed to their “yes”. The question brings their commitment out into the open. It brings things into even sharper, bolder focus. Let’s explore the “no” side since the no gives the “yes” its boundaries and form.

There are two types of “no”:

i. What expectations do you need to manage?
ii. From what Drama Triangle dynamics will you extract yourself? See: The Drama Triangle
iii. What relationships will you let wither?

The next time you’re excited about a new idea, a new initiative, or maybe a new product, consider this strategic question with your team. You may find that it’s a great decision as is or you may find it’s a great decision if you commit to it by dropping some previous great decision. When you say yes to something, you’re saying no to something else. Drill into this. You’ll end up with a better decision and a stronger commitment to either the new decision or the older one. That’s what we mean by a New Paradigm!