Whose Job Is It?

Whose Job Is It?

See if you recognize this scenario…

The point of this confusing, but poignant story is simple: no one took responsibility so nothing got accomplished.

It’s a story that happens in organizations and companies and on teams—anywhere there is culture that lacks accountability.

Holding each other accountable is difficult, but the cost of not doing so is incredibly high. An avoidance of accountability leads to:
* unintentional lowering of standards and acceptance of mediocrity
* reduced performance, missed deadlines, and wasted time/effort
* strained relationships and weak teams

The good news is, if you’ve been building your company with a foundation of trust, holding each other accountable is accepted, even desired because it leads to greater growth and success. 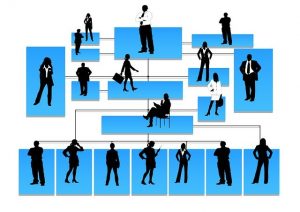 Organizational charts focus on who reports to who, but they typically don’t address one of the major issues most companies struggle with: a lack of clarity around what the major functions of the organization are, and who is accountable for what.

Accountability charts, on the other hand, focus on the structure of the organization. It provides clarity about who owns the major functions of an organization and identifies the primary roles and responsibilities for which they are accountable.

New Paradigm Advisors believes you deserve to enjoy the benefits of a profitable, growing and well-run business. We help you create your accountability chart and break out of the old way of doing things and press forward with a renewed passion and focus. We’d love to hear from you.